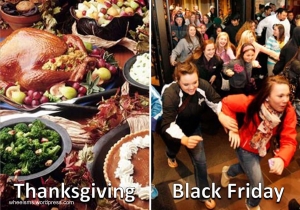 Thanksgiving Day is a national holiday in the United States, and Thanksgiving 2019 occurs on Thursday, November 28. In 1621, the Plymouth colonists and Wampanoag Indians shared an autumn harvest feast that is acknowledged today as one of the first Thanksgiving celebrations in the colonies. For more than two centuries, days of thanksgiving were celebrated by individual colonies and states. It wasn’t until 1863, in the midst of the Civil War, that President Abraham Lincoln proclaimed a national Thanksgiving Day to be held each November.

The history of Black Friday started much earlier than people may think. The day after Thanksgiving has been the unofficial beginning of the Christmas season since the late 19th century when President Lincoln designated the Thanksgiving holiday as the last Thursday in November.The day after Thanksgiving wasn’t called Black Friday then. The name was associated with September 24, 1869. Two speculators, Jay Gould, and James Fisk created a boom-and-bust in gold prices. A stock market crash followed as prices fell 20%. The disruption in gold prices sent commodity prices plummeting 50%. Corruption in Tammany Hall allowed Gould and Fisk to escape without punishment.